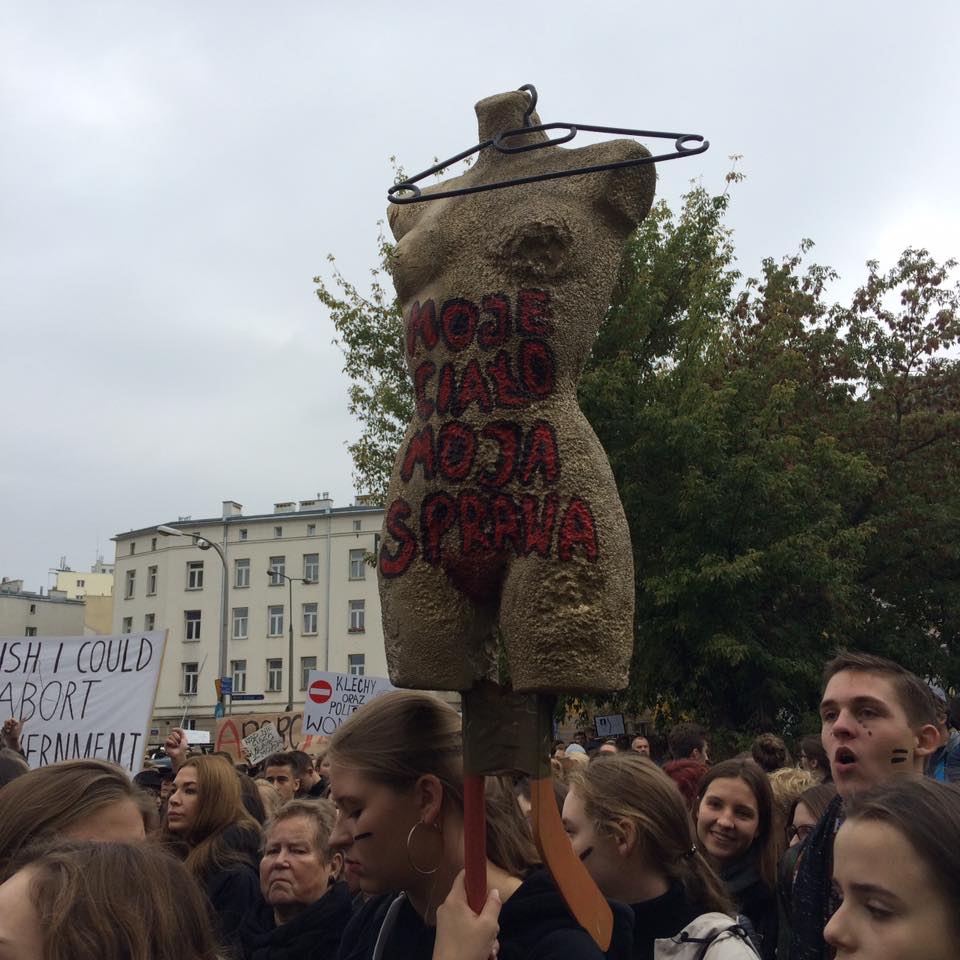 I was not alive during the communist era, in history lessons I laughed along with my classmates at the propaganda fed to the people by the media – the posters, the “newspeak”. And suddenly I wake up in 2016 to find that our public television paints me and my friends as shocking, the pro choice demonstration from which several sentences were taken out of context is painted as focused on insulting the First Lady (the Porozumienie Odzyskać Wybór demonstration from 9th of April this year) and lately we can observe how journalist turn her clothes to black to simulate solidarity with women.